And only then she was really afraid, and for such a fantastic reason. Because one had honey-colored hair, sleek to his head, and one had bat-black hair; one had very blue eyes and one very black; one had the golden tan coloring of blonds and the olive tan coloring of brunettes. But outside of that they looked exactly alike, unbelievably, frighteningly alike. It was as if an artist had taken the same photograph and colored one dark, one fair. They were identical twins. And she was afraid.

My first instict was to say "No, they are not". But apparently it´s possible that identical twins can have different looks. If the separation of the egg happens before the expression of the genes that are responsible for hair-color, eye-color etc has set in, identical twins doesn´t have to look alike. That´s fascinating. 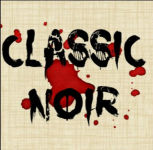