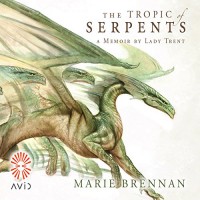 I´m really enjoying the second book in the Lady Trent series much more than the first one. I think it´s due to the fact that the whole coming of age aspect of the first novel is absent in this one. And I really adore the empowering female characters in this story.

And once again I´m listening to the wonderful narration by Kate Reading.

I thought this would be a good way for us to comment and then share the post to see who is still here to make sure we are all following each other. I only bring this up because I see some people posting and I appear to be the only one following their reviews.

I have gotten some comments from bots though which is another reason why I wanted us all to take this Friday to comment and share this post so we can all find each other.

Feel free to drop your name in the comments and share! 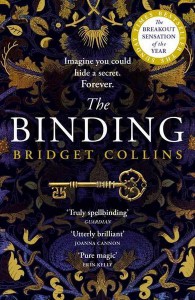 So, the writing in this one:

When I woke, there was sunlight dancing on the ceiling in a billowing net, water-wrinkles that overlapped the narrow rectangle of brightness that spilt between the curtains. The whitewashed walls looked faintly green, like the flesh of an apple, marred here and there with solid froth of damp. Outside a bird whistled over and over again as if it was calling a name.

This author really likes her similys.

And the story is told through the perspective of a teenage boy who has a whole lot of time to take in his surroundings:

But perhaps, after all, she was right. There was something in the silence of the old house, the low rooms filled with steady autumn sunlight and the still order of the workshop, that loosened the dark knots inside me. Day after day went by, until the place wasn´t new or strange to me any more; then week after week ... I learnt things by heart: the crinkling reflections on my ceiling the gappy seams in the patchwork quilt on my bed, the different creak of each tread under my foot when I came downstairs. Then there was the workshop, the gleam of the tiles around the stove, the saffron-and-earth scent of tea, the opalescent gloop of well-mixed paste in a glass jar ... The hours passed slowly, full of small, solid details; at home, in the busyness of farm life, I´d never had the time to sit and stare, or pay attention to the way a tool looked, or how well it was made, before I used it. Here the clock dredged up seconds like stones and dropped them again into the pool of the day, letting each ripple widen before the next one fell.

Yeah, I´m not biggest fan of this purple prose writing and, the main character being somewhere in his teens, it doesn´t ring true to being the voice of a teenager.

As for the main character himself: He might be a Gary Stu, I´m not exactly sure yet. But there has been a lot of fainting so far. A LOT of fainting.

I just watched a video, in which someone compared this book to The Night Circus, The Miniaturists and The Essex Serpent ...

Anyway, because of the Corona virus frenzy that is going on in Germany at the moment and my decision to stop eating sweets until Easter, I´m in a bit of a self-destructive mood.

Which means, I´m going in! 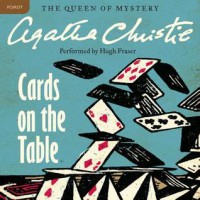 Poirot has met his match in

Mrs Lorrimer, at least for the moment. She is a tough nut to crack. 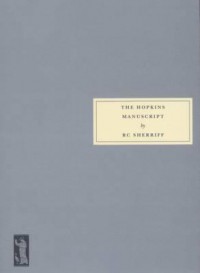 Is this book perfect? No, it isn´t. But for me, this was a fantastic read.

The first half of the book is very quaint and slow moving and the author really takes his time to observe the behaviour of the people in this small village community, who are faced with a severe tragedy. I liked reading about the villagers and I really liked the narrator/writer of the manuscript, Edgar Hopkins, but at this point this book wasn´t "I cannot put this down" territory. But then the story took a turn (which I won´t talk about because I don´t want to spoil this book) and I was hooked.

This novel is just as topical back in 1939, upon its first publication, as it is today and the way in which the author uses the dystopian setting to explore human behaviour and its fallibility is simply amazing.

My first five star rating of the year. I´m so glad I finally picked up this book.

The man who needs nothing from his fellows has a fortress impregnable: impregnable even against universal lunacy.

This novel took a turn, which I didn´t expect. This is such a great read. 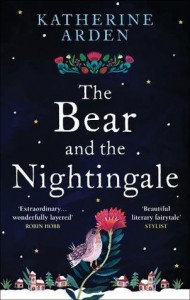 Here is the thing: I wasn´t sure if I would like this book or not. So I grapped it for free from my local library and gave it a chance.

And guess what, it isn´t my thing. And it´s not because it is a bad book in itself, I think (based on the first 17%) it´s just one of these style over substance books that aren´t for me. Yes, there is a lot of beautiful prose and atmospheric writing within these pages, but I´m bored stiff by the plot and I couldn´t care less what is happening to the characters.

Reading this book makes me feel melancholic, anxious and sad at the same time. And yet I´m really enjoying this novel, because it is a splendid examination of human behaviour while facing a catastrophe.

But you know, I just really want to save these characters and their tranquil village life.

The count went across to the window and saw them crossing the courtyard, arm in arm. "Good Lord!" he said. "There go two miserable creatures. What a shame they aren´t really father and son!" Then, after a moment of grim reflection, he added: "Time to go to the Morrels. I do believe that disgust makes me sicker than hatred."

My feelings alternate between being in awe of the count and being totally appalled by him.

His plan is so intricate and meticulously planned, it´s a joy to see it unfold. But the way in which he manipulates people, people who don´t have anything to do with his past, makes me sick. And to think that this is the same person that I felt pity for at the beginning of the book ... honestly, this is such a great book.

An old lady who used to live opposite me at No. 10 Notting Hill Crescent has gone to live in the National Gallery. She heard that it was empty, and wanted to gratify her love of art and lust for possession during the last days that remain to her.

After tea she took me around the galleries to show me her collection of Turners, Constables and Gainsboroughs. She had grown tired of one or two and tore them down for her fire that evening. She gave me a little medieval panel worth £5,000. I accepted it as politeness suggested, but threw it away upon my walk home. Nobody disputes her possession and I am glad there is one happy soul in this dying city.

If I would have to spend my last days on earth in London, I would do the exact same thing as this lady does. Just swap out the National Gallery with Foyles bookstore and the Dutch masterpieces with books that I´m genuinly not interested in / dislike (basically Jojo Moyes´ and E.L. James´ whole back catalogue).

“But melancholic,“ little Edouard interrupted, pulling the tail-feathers out of a splendid macaw to make a plume for his hat while the bird, on its gilded perch, cried out in pain.

Yep, that child has to go down. 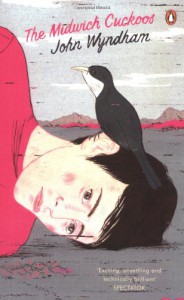 Gosh, this is so boring. It´s so boring, after having finished two chapters in the morning, it robbed me of my will to read for the rest of the day.

I haven´t made up my mind up just yet whether or not to DNF this book, but I´m really close to actually doing it.

Edit: I tried to read another chapter and I can´t do it. DNF on page 67. 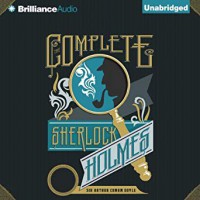 I finished the second Holmes novel "The Sign of Four" today and while the mystery in this novel isn´t one of my favorites, I completely adore Toby and Mary. And Watson being in love never gets old.

"This is an odd coincidence," Monte Christo said, as if giving way to his own thought, "that you should find yourself like this, by chance, with no prior knowledge, in a house which was the scene of an event that causes you such terrible remorse."

Methinks there aren´t any coincidences in this book ;).

Honestly, I shouldn´t enjoy this book as much as I do, considering the not so pleasant subject matter of

taking revenge on and destroying the life of a bunch of people.

But I do, I really, really do. The tangents Dumas are going off on everyone now and then, but which ultimately turn out to be important for the overall plot further on in the narrative, are fantastic. 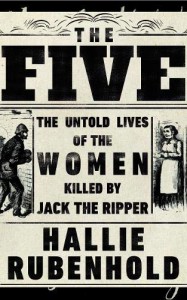 My intention in writing this book is not to hunt and name the killer. I wish instead to retrace the footsteps of five women, to consider their experiences within the context of their era, and to follow their paths through both the gloom and the light. They are worth more to us than the empty human shells we have taken them for: they were children who cried for their mothers; they were young women who fell in love; they endured childbirth and the deaths of parents; they laughed and celebrated Christmas. They argued with their siblings, they wept, they dreamed, they hurt, they enjoyed small triumphs. The courses their lives took mirrored that of so many other women of the Victorian age, and yet were so singular in the way they ended. It is for them that I write this book. I do so in the hope that we may now hear their stories clearly and give back to them that which was so brutally taken away with their lives: their dignity.

I´m really excited to be reading this book. And thankfully I have some spare time next week, which I will put to good use reading both this book and The Count of Monte Christo.